AutoMD, the most extensive and impartial free online auto repair resource, has released the results of a survey discovering that automobile owners are putting numerous more miles on their current vehicles, 50,000 or more, than on their previous vehicle — with the majority of respondents projecting to keep their vehicle until it dies. The report also discovered that the economy is influencing many to do their own repairs and pay more attention to maintenance on their current vehicle. 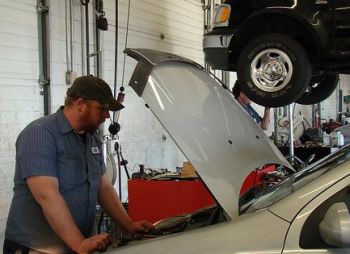 The AutoMD survey, carried out online among automobile owners in December 2009 and January 2010, offers a snapshot of car owners’ aims about their current car with clear indications that consumers are firmly breaking out of the buy-every-few-years cycle, opting to drive and repair alternatively.

Nearly half of survey respondents suggested that their current vehicle had over 100,000 miles. A combined 69% reported that they projected to drive their current car for 150,000 or more miles (13%), or until their automobile dies (56%).

Fifty-four percent of respondents reported spending $500 or more on yearly repairs to their vehicle, with 21% reporting that they spend $1,000 or more. Forty-four percent report that tight budgets are driving them to either pay more attention to maintenance and repairs or do the repairs themselves. When asked for the number one reason for holding onto their car for 100,000 miles or more, one-quarter stated that “in this economy, I simply can’t afford not to” and nearly thirty percent suggested that being watchful with repairs and service should hold it in clean running condition.

AutoMD was launched in January 2010 as the most complete and unbiased free online automotive repair resource fashioned to empower car owners with the best and most inexpensive way to repair their vehicles — whether they’re heading to the shop or doing it themselves.

The AutoMD Mileage Survey was conducted December 2009 through January 2010. The survey represents a snapshot of car owner intentions about their current vehicle. Participants identified as either DIYers (Do It Yourself) or DFMers (Do It For Me), with minimal trend differences between groups.

This site uses Akismet to reduce spam. Learn how your comment data is processed.